March 2015 The Allow Golden Rice Now campaign toured the Philippines, Bangladesh and India, three countries which have high rates of vitamin A deficiency and where Golden Rice can have the most impact. 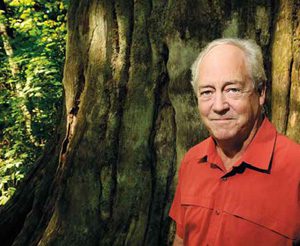 Patrick Moore is now working as an independent scientist and consultant, advising government and industry on a wide range of environmental and sustainability issues. He is a Sensible Environmentalist, basing his policies and opinions on sound science and logic. 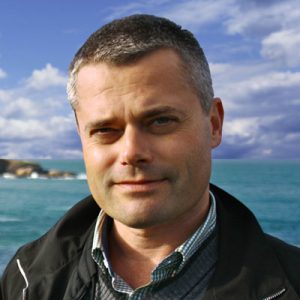 A Vancouver-based businessman and philanthropist, Mr. Pinkowski is a strong proponent of allowing science to lead in decisions regarding natural resource development and the environment. He supports the use of genetic modification to improve the productivity and nutrition of food crops, and more particularly to end the human suffering caused by malnutrition.

Mr. Pinkowski has over 20 years' experience in finance and development in the natural resource industries. He has been successful working with legislative and administrative authorities in Europe and Asia. He founded Entrée Gold Inc. (ETG-TSE, EGI-AMEX), and acquired the Lookout Hill property, one of the highest grade gold/copper deposits ever discovered. He is also the founder of Astur Gold Corp. (AST-TSX.V), which acquired the Salave Gold Deposit in Spain. 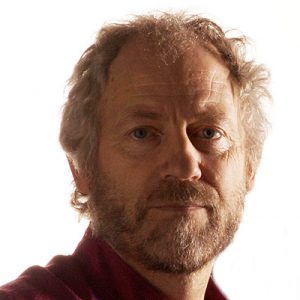 Michael Moore has a long history in resource management, communications and social activism. Raised in the forest industry and a pioneer salmon aquactulturist he served for seven years as the Executive Director of the Port Hardy Marine Resource Management Society, a multi-stakeholder group focused on issues of common concern on the BC coast. He is a Founding Member of Hollyhock which has become Canada's largest extended learning centre.

Michael headed the Communications and Online Development of BeadforLife for its first eight years, working at poverty eradication for destitute women in Uganda, and has established Ladybird Communications, a family firm in Victoria BC.

He is also a successful composer and performing musician under the stage name Michael Waters and has served on not-for-profit Boards his entire adult life.

Who is the Allow Golden Rice Society?

The Allow Golden Rice Society is a non-profit Society. It is registered in British Columbia, Canada. The Society's Founding Members are Dr Patrick Moore, his brother Michael Moore, their wives and five children. They created the Society in solidarity with the millions of families who suffer and lose their children each year from vitamin A deficiency. The Society aims to end the active blocking of Golden Rice by Greenpeace and other organizations who claim that it is either of no value or that it is a detriment to human health and the environment. The Society plans to achieve this through direct public action, media communications and coalition-building.

How is the Allow Golden Rice Society funded?

The Society is funded through small donations. These are raised locally and through the Internet. On campaigns funds have been raised by supporters and speaking fees. The Society uses a minimal budget in full knowledge that the opponents of Golden Rice will try to protray the Society as an 'industry front'. Both Michael and Patrick Moore have worked independently their whole adult lives and are beholden to no specific interest or group.

Why does the campaign focus on Greenpeace?

Greenpeace is by far the most active and powerful opponent of Golden Rice. Their $300 million/year budget allows their influence to far outweigh smaller groups like GM Watch. Since they have done the most to delay the introduction of Golden Rice using political, media and legal means, they are the focus of our direct actions. Dr. Patrick Moore is a co-founder and 15 year leader of Greenpeace and so their methods are well understood by the Society.

Why is Greenpeace opposed to Golden Rice?

Greenpeace has chosen a zero-tolerance position on all GMOs. This in spite of every examining Science Academy in the world declaring them of no greater risk than conventionally bred plants. Because of this zero-tolerance position Greenpeace fights Golden Rice harder than any other GMO, as their approach is extremist. They are aware that if Golden Rice succeeds their entire policy would require re-thinking. So they choose to continue making false claims against Golden Rice regardless of the human cost.

If the problem is in Africa and Asia why campaign in Europe?

The majority of funding for anti-Golden Rice activism originates in Europe. Wealthy people in activist offices in Hamburg, London and Paris are denying a cure to families living in dire poverty in Africa and Asia. They justify this by saying the farmers in those countries do not want GMOs, even though a recent survey in the Phillipines revealed 93% of farmers would buy GM eggplant seeds.The Society knows that if a million children a year were dying in Europe from vitamin A deficiency Greenpeace would not be able to block it for a month, let alone ten years.

Why is Golden Rice different from other GMOs?

Before Golden Rice all GMOs were developed for one purpose - to help farmers. This has made it easier for anti-GMO campaigns to convince urbanites of 'threats' posed by GMOs, with no consequenses for any deception. Golden Rice is the first humanitarian GMO (no royalties or corporate control, viable seeds, bred to local varieties) and the first GMO that is developed to help whoever eats it. It is also the first GMO that can save two million children from dying each year.